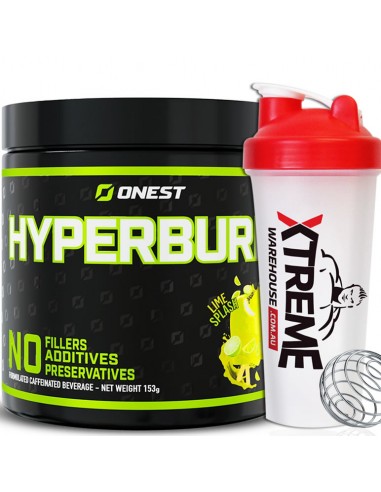 The new fat burner on the block, Onest Health HyperBurn, does not disappoint! Hyperburn should be high on your list of things to test because it is packed with high-quality, well-studied thermogenic chemicals. This combination is sure to turn up the fire with a blend of carnitines, bitter orange, and Lean GBB!

Do you feel like you're following your diet and exercising correctly but still aren't seeing the results you want? Do you want to drop a couple pounds of body fat? HYPERBURN from Onest Health will help you kick it into high gear and boost your fat burning to the next level!

Our mixture combines substances that help you lose weight by increasing thermogenesis, the body's natural process of producing heat. As a result, your body will naturally regulate its temperature, increasing the number of calories expended.

HYPERBURN includes some of the most well-studied substances that have been proved to boost thermogenesis, increase calories expended, and aid fat loss.

Are you envious of folks who have a naturally rapid metabolism? They have complete freedom to eat whatever they want, whenever they want, and gain no weight.

What if you could burn more calories without having to make major lifestyle changes? Interested? ...

HYPERBURN was created as a potent thermogenic with chemicals that are designed to boost your metabolism and tackle fat reduction from all angles!

Do you ever get "hungry" and sabotage your diet in search of the quickest snack to satisfy your hunger? Dieting is difficult. We all get hunger pangs. But what if there was a technique to kerb your hunger and divert your attention away from your next meal?

Caffeine Anhydrous is a common element in all fat-burning and pre-workout supplements. Caffeine will raise your energy and improve your endurance, intellect, and mental alertness.

Acetyl-L Carnitine is a naturally occuring antioxidant that has been demonstrated to aid weight loss over time. Acetyl L-Carnitine has also been shown to reduce lactic acid levels while increasing fat burning.

Mix one scoop(5.1g) of Onest Health Hyper Burn with approximately 300-400ml of water and consume either first thing in the morning on an empty stomach or 15-20 minutes before you train. For increased results you can also take an additional half scoop later in the day. Try Onest Health HyperBurn from Power Supps today! 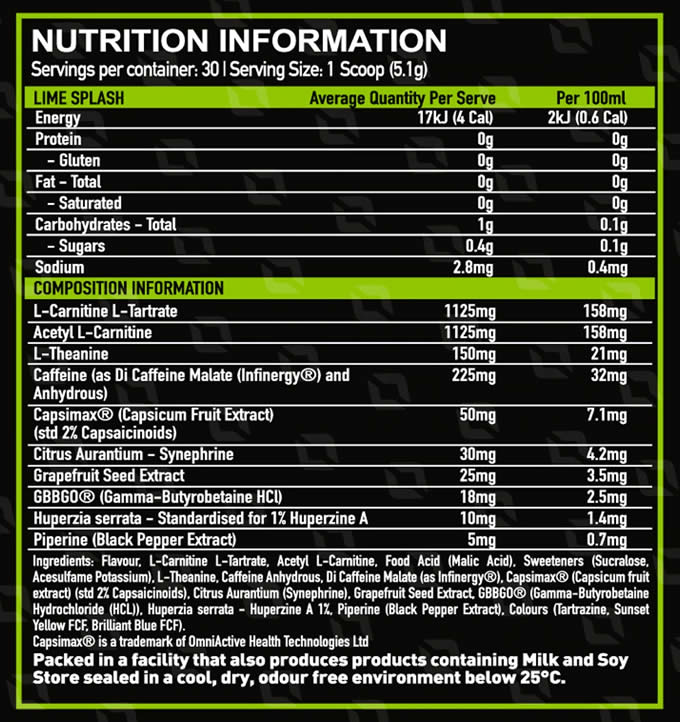